Seeking the Kingdom of God – Indiana Jones or Jumanji Style? 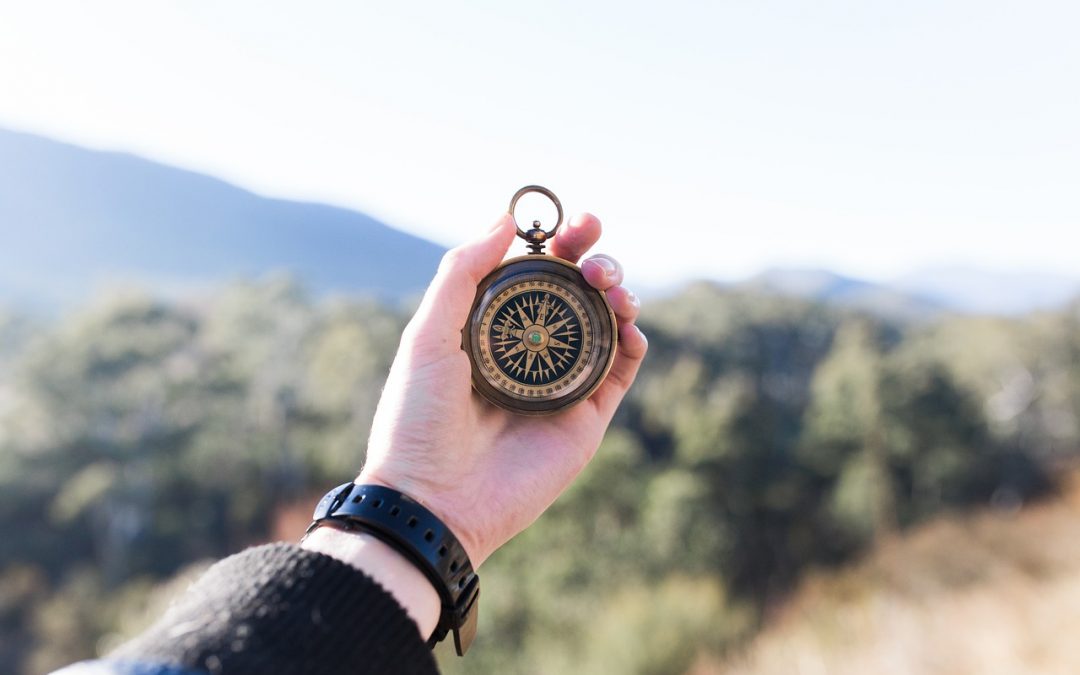 There are seven different parables in Matt.13 and they all deal with the kingdom of God. Today we begin in verse 44 where Jesus teaches two short parables: the parables of the hidden treasure and the pearl of great price…or some might call them the parables of Indiana Jones & Jumanji.

Exactly What is the Kingdom of God?

First, The kingdom of Heaven is ‘the reign’ of God, not the ‘realm’ of God.

We tend to think of a kingdom as a place, but for Jesus and Paul, it almost never has that meaning.  Rather, they refer to it as the reign or the rule of God.

Next, the kingdom of God is God’s redemptive reign…His saving reign.

When Jesus said to pray, “Hallowed be Your Name, Your kingdom come, your will be done on earth as it is in heaven”, He meant that the coming of the kingdom would be clear to us by the way God’s name is hallowed here on earth. and the way that His will is done here on earth, just like it is done in heaven by the angels: obediently and joyfully.

Finally, the kingdom of God is both now and later.

It is fulfilled partially in the present and will be consummated at the end of the age when Christ comes a second time.

The Kingdom of Heaven is Like a Treasure Matt 13:44

Now, let’s stop here again.  In both of these parables, Jesus compares the kingdom of God to realities in the economic world. The two fundamental economic theories of value are the subjective theory of value and the intrinsic theory of value.

The Intrinsic theory of value was refined by Karl Marx, who said that something has more value if there is more labor in it.  But up and against this is the subjective theory of value, which is the foundation of capitalism.  In this theory, we understand that individuals place different values on different things.

Now, the reason this is important is because in heavenly economics, the Bible recognizes that people value things differently, but Christians should value what Christ values.

An Analogy Between Earthly Values and Heavenly Ones

There are some earthy values that the Bible prescribes–some things that the Bible assumes that we will value–that I find a bit surprising.   Now, why do I say that?  Well, think of it this way.  If we really don’t think there is much value in gold and gem stones, then we won’t understand the heavenly imagery of the streets of gold, or the walls of gem stones. Nor will we understand these parables that speaks of pearls.

Similarly, when Jesus tells us that the kingdom of God is like a treasure or a pearl, He is intending to communicate that, in heavenly economics, it is of great value.  How much value?

Parable of the Man Who Buys a Field to Get the Buried Treasure vs. 44

Now this story is not relate-able to many of us, but it reflects a common situation to the people in our Lord’s time.  If we have any money at all in savings, it is in a bank…or in the stock market…or in real estate. But in Jesus’ day, they didn’t have reliable banks for common people.  Instead, people would take whatever they considered of great value and bury it in the earth.

So in this story, a man finds a treasure in a field, and immediately he puts it back where he found it and sells every single thing he owns in the world, so that he can buy that field with the treasure.

Jewish Rabbinic law said, “If a man finds scattered fruit or money, it belongs to the finder.”  So, if you found lost fruit or money, you could keep it according to Jewish law.

Some might disagree, but I believe this guy was actually quite ethical.  If he was truly unethical, he would have grabbed the treasure and ran off with it.  Why go to the trouble of burying it all over again, and then buying the entire field, unless you were trying to do the right thing?

In conclusion, what Jesus is saying is that there is a heavenly treasure lying in the field of this poverty-stricken, bankrupt, accursed world…a treasure sufficient to eternally satisfy every single one of earth’s poor, miserable, blind and naked.

The Parable of the Pearl of Great Price vs. 45

Now, this second parable also involves finding something very valuable.  In Jesus’ day, pearls were as rare and valuable as diamonds are today.  They were the most valuable gem available at that time.  If you had pearls, you had a fortune.

It was incredible what people did to find pearls in those days!  To get a really nice pearl, you had to get to the Persian Gulf or even all the way to the Indian Ocean. Once you got there, many people died trying to find them.  But, if you returned with a pearl, you could just about name your price.  So valuable are they that the Talmud says that “Pearls are beyond price”.

So, here is a merchant who went around seeking fine pearls, and when he found the perfect one, he sold everything he owned and bought it.

The Principles of the Kingdom of God

So, what principles is Jesus trying to teach His disciples through these stories?

The Nature of the Kingdom – It’s Both Hidden and Diverse

The Kingdom of God Seems Hidden to the World

I think it seems ‘hidden’ because the value of the kingdom is not perceived by most humans. They don’t see it, even though it’s all around them.  The world looks at Christians, and they don’t understand why we’re all about this business of worshiping God.

But it is also diverse. The point is that the cross is the great equalizer in the kingdom of God.  “There is neither Jew nor Greek, slave nor free; there is no male or female.  For you are all one in Christ Jesus”. Gal 3:23

How do you find the kingdom of Heaven?

From both of these stories, I think we can say that the Kingdom is found through one of two ways.

In the first parable, the kingdom is found, as it were, by accident.  This describes some people that we might meet today. This is a person who got that knock on their door and someone handed them a Gospel tract. This is the one who runs into an old friend who tells them why they don’t hang with the old crew around anymore.  He was just living out his religion…just plowing in a field and stumbled into a treasure.

Thirdly, let’s discuss the value of the kingdom.

Now, let’s first note that in both of these parables, each men sell a lesser treasure to obtain something much greater.  And that note should call to our attention to the fact that every one of us is a treasure seeker.  The real question to ourselves is: what kind of treasure are we seeking?  Well, one way to tell is to look at what consumes our schedule, our money, and our energy.

Every one of us must make a rational review of how we spend our resources, and then ask the direct question: am I valuing the things that God values?And if the answer is no, then we must repent. Even as Christians, we are prone to replacing authentic fellowship with Christ and authentic joy in Christ with cheap imitations. 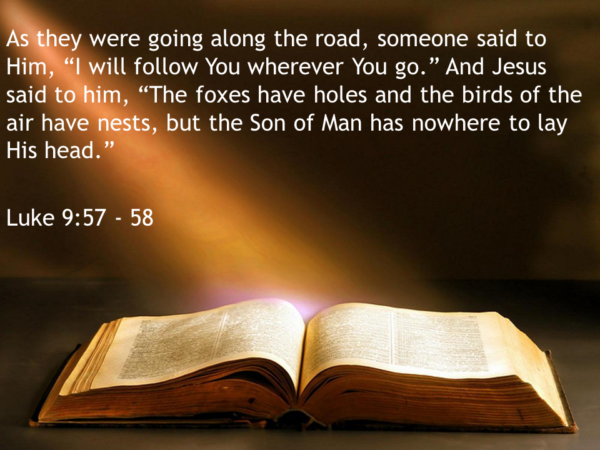 Luke 9:57-58  Tells three stories of would-be followers of Christ and the things that hindered them from accepting Christ’s invitation.

It is possible that you are not walking with the Lord today? And if that’s true then recognize that Jesus invites each one of us to sell our cheap imitation for the real treasure of supreme value…which is Jesus Himself. And we see this repeatedly in the New testament.

You see, when we come to Christ, we are declaring that we are willing to abandon everything to affirm that He is the Lord of our life. So, we exchange ourselves, our sin, our will, and the control of our lives for Christ’s leadership.  We give up all we have, and God gives us all He has.

Giving Up Everything to Treasure Christ

That is the grand transaction that is explained in these parables; men who gave up everything they had for the sole use of the Kingdom.

But, Church, the call from Scripture is to let it go.  The treasures of this world are passing away.  Treasure Christ – He is all we have in this world that will last.  He doesn’t look valuable.  He doesn’t look precious next to all of our comforts.  And yet, His Word pleads with us to “taste and see that He is good!”

So, let us commit afresh this morning to together tear the idols from our hearts and there set apart Christ as Lord.  Let us come to the table this morning declaring in our hearts that the incomparable Christ is our sole treasure…and that we value Him above everything else.  Amen?

Pastor Mark Brenon is the husband of his wife Terri and the father of 4 children. They live and homeschool their children in Magnolia, TX. He has a Bachelor’s degree in Mechanical Engineering and a Master’s degree in Engineering Management. Ordained in 2007, Mark is not only a bi-vocational Pastor, but also sits on the board of directors and board of faculty of John Witherspoon Seminary.