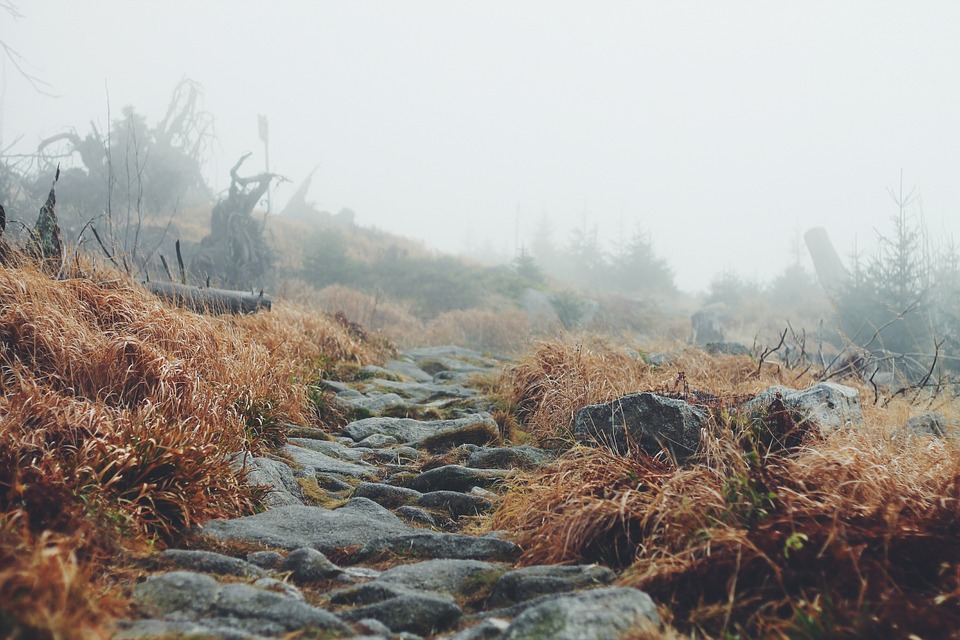 In 1893, the poet, Francis Thompson, published a lengthy poem called the Hound of Heaven. I have read part of it for you before, but it fit so well with the subject today that I just had bring it to you again.

The first part of the poem reads:

Up vistaed hopes I sped and shot precipitated
Adown titanic glooms of chasmed fears
From those strong feet that followed, followed after
But with unhurrying chase and unperturbed pace,
Deliberate speed, majestic instancy,
They beat, and a Voice beat,
More instant than the feet:
All things betray thee who betrayest me.

The poem above is about a man who is morally fleeing from God. The story today is about a man who is physically moving away from his chance to be saved. But no matter, because in either case the hound of heaven is going to track him down and just like the slogan of the Canadian mounties — He always gets his man.

In Acts chapter 8, God sends an obedient and faithful disciple, Philip, down a desert road between Jerusalem and Gaza. At the same time an Ethiopian eunuch, a court official of Candace, queen of the Ethiopians, is having the scriptures read aloud to him in his chariot on his way to worship God in Jerusalem.

Little do these two men know that God has a plan to bring salvation not only to the eunuch, but to all of Ethiopia!

In today’s sermon, we will learn how God works to bring those He has called to saving grace. Sharing the gospel has three important aspects:

Rejected by Man, Accepted by God

I honestly got some chill bumps this week and even shed a few tears, when I thought about God pursuing this man across the desert.

This eunuch was a man who may have been a bit disappointed because he traveled so far and was turned away at the temple in Jerusalem. Perhaps he heard them say, “You don’t belong here — you can’t come in. This place is not for you.” Deut. 23:1

But God, in his mercy and his grace, tracked him down and said to him, “You may not belong at that building, but you belong with me. Because you are my son, and I love you.” Isaiah 56:4-8

In chapter nine, we get to see a similar story to this one in God’s relentless pursuit of Saul. He found him on the road to Damascus and he redeemed him on the spot.

Is the Hound of Heaven Chasing You Today?

The Hound of Heaven — Is he chasing you today? Do yourself a favor and stop running. Has he found you? Relive the wonder of it for a moment. And whisper a little prayer this morning and thank Him for relentlessly pursuing you.

Pastor Dan Woody is a founding elder for Koinonia. He has been serving churches as a pastor for the past 13 years. He and his wife Peggy are the parents of two sons, Chris and Jonathan. Pastor Dan is currently studying for his Mdiv with The North American Reformed Seminary.