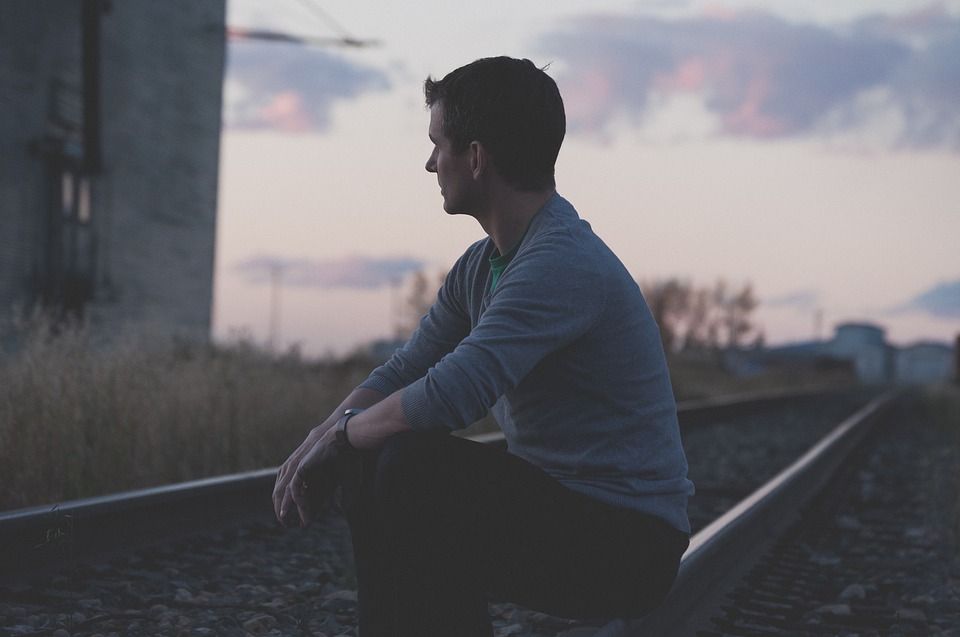 What Should the Godly Do? Delight in God’s Law

Blessed is the man who walks not in the counsel of the wicked, nor stands in the way of sinners, nor sits in the seat of scoffers. Psalm 1:1 ESV

What does the author of the Psalm tell us that the godly are to do instead? Our delight is to be in the law of the Lord and we are to meditate on this law both day and night.

Charles Spurgeon has a book published on his behalf called Morning and Evening.  And in this book… Spurgeon has written twice daily meditations and prayers for the follower of Christ to look at, read and think upon. The idea is that we would wake up thinking about Christ and our last thoughts of the day would be turned toward Christ.

But his delight is in the law of the Lord, and on His law he meditates day and night. Psalm 1:2 ESV

Verse 2 says that his delight is in the law— the Hebrew word Torah–and in that law he meditates day and night. This person’s first and last thoughts are reserved for the law of God.  As I mentioned to you before, the keeping of the law is a primary and recurring theme in the book of Psalms.

The 119th Psalm is the longest Psalm in the book at 176 verses! It is also an Alphabet Psalm with each section beginning with the next letter of the Hebrew alphabet.  This longest psalm is concerned start to finish with the keeping of God’s law.  The best way to be a good Jew in David’s time was to keep the law.

A New Focus on Christ and the New Covenant

Of course, the focus has shifted with the new Covenant and the coming of Christ and Christ was the main one to point all of this out. Back to the sermon on the mount in Matthew 5--Christ is telling his audience that they were clinging to the law or a perversion of the original law.  He explains that what they were clinging to and basing their righteousness on, was passing away.  In its place, Christ states their law for them by saying you have heard it said…This or that… but I say to you something more strict–something more severe than just the law.

This strictness that Christ was preaching–this severity had one primary goal in mind…..They were to despair of ever keeping the law in their own strength and to turn towards Christ and his keeping of the law on their behalf.

Christ, in his time on earth, accomplished two major goals. He kept the law on our behalf in order to have us declared righteous in God’s eyes and he was punished on behalf of us so that God’s righteous wrath fell on him for our sins, rather than on us.  Our sins were punished and paid for in him and the law was kept for us. He did this so that those who count on Christ’s perfect sacrifice as well as his merit in keeping the law could be declared righteous in the sight of the perfect judge.

He did this so that we could, in a sense, be right in adjusting our thinking about this first Psalm to say that,  “Our delight is in the law that Christ kept on our behalf and his taking of our sin and…  our delight is on Him… on his beauty… his sufficiency… his standing in our stead do we meditate day and night.

Our response to this meditation is that now for the first time ever,

we desire to live a life that pleases Him.

The rest of the Psalm concerns itself with what becomes of those who walk and stand and sit where they should not versus those whose delight is in God’s law and those who meditate on it day and night.

He is like a tree planted by streams of water that yields its fruit in its season, and its leaf does not wither. In all that he does, he prospers. Psalm 1:3 ESV

The Righteous are Stable and Fruitful

Verse 3 says that the righteous will be like a tree planted by the rivers of water. This again would be something that Solomon knew a good deal about if he was the author.

Solomon was known for having these glorious gardens with cascading waterfalls right outside the city of Jerusalem. He would be carried out of the city in an entourage every day to visit this place. The entourage consisted of finely dressed men and horses…. often arrayed in gold apparel.. No expense was spared in the making of these gardens or the company which took the king to visit them. And so Solomon knew a thing or two about well planted trees and what they would look like.

The author of the Psalm says that it brings forth fruit in its season. Its leaves never wither and whatever he does is prosperous. This agricultural picture would have spoken to his audience who understood what it looked like when a tree was being well cared for. The area that they lived in was desertous. So water has a profound and noticeable effect on the plant life in a region that is dry. This would have painted a powerful picture for his audience. The picture of a rooted, grounded and stable individual that is not swayed by the winds of change.

They are not carried along by every new thing that comes around but their hope–their anchor–is a deeply rooted faith in God that will stand the test of time. It will stand the winds… and the rain… and the storms of life. And when he speaks of fruit here, I can’t help but think about the fruit of the spirit in Galatians 5:22-24

But the fruit of the Spirit is love, joy, peace, patience, kindness, goodness, faithfulness, gentleness, self-control; against such things there is no law. And those who belong to Christ Jesus have crucified the flesh with its passions and desires.  Galatians 5:22-24 ESV

These are godly attributes which will manifest in the life of a true believer–just like fruit that springs forth on a watered tree–and they will exist in increasing number and increasing measure as a person matures in the faith.

Litmus Test for a Person of Faith

This is a litmus test for a person who is in the faith compared to one who is not.

If you wonder sometimes if you are in the faith look at this list and see if you have these things. If you have them, are they steadily growing in your character? This is a very good indicator of whether or not you are truly a Christian.

The wicked are not so, but are like chaff that the wind drives away Therefore the wicked will not stand in the judgment, nor sinners in the congregation of the righteous Psalm 1:4-5 ESV

The comparison to the ungodly in verse 4 of the Psalm today is a life characterized by instability and uncertainty. Notice this comparison to the ungodly. It compares them to the chaff which the wind drives away. When the farmer would harvest corn… they would throw it up in the air and catch it again. And the wind would catch what was worthless and blow it away. This was the chaff that was blown away and was useless.

This is the picture of something unstable and fleeting and worthless–the life of someone who does not have their roots planted in the fertile soil of the gospel of Christ. With many of the readers being farmers they would understand the significance of the chaff versus the firmly planted… rooted… watered tree.

God Knows Us and Loves Us As His Children

This stability that is spoken of is not based in our own strength. It is not based on our ability to muster up super devoted feelings toward God. It is based on the fact that God knew us and He knows us and He loves us as his children. Verse six of the passage today says that the Lord knows the way of the righteous.

This word “knows”…. also carries with it some other very strong ideas that don’t necessarily show up here. It also carries the idea of being appointed to something as well as the idea of knowing something with all certainty. This is not saying that God is merely aware of our presence on this earth.

We are part of those he predestined to be conformed to the image of his son. And because of this wonderful fact, there is no guess work in any of this. We will be planted, we will be stable and watered and kept. God will tend this garden himself. God knows our beginning and our end. He knows every single day in between because we are kept in his care.

I will close with this today. An old Scottish preacher named Horatius Bonar said this:

“To be entitled to use another’s name, when my own name is worthless; to be allowed to wear another’s raiment, because my own is torn and filthy; to appear before God in another’s person, the person of the Beloved Son, this is the summit of all blessing.”

[author] [author_image timthumb=’on’]https://koinoniachurch.info/wp-content/uploads/2017/02/Pastor-Dan.jpeg[/author_image] [author_info]Pastor Dan Woody is a founding elder for Koinonia. He has been serving churches as a pastor for the past 13 years. He and his wife Peggy are the parents of two sons, Chris and Jonathan. Pastor Dan is currently studying for his Mdiv with The North American Reformed Seminary. His interests include music, and most outdoor sports like golf, hiking, tennis and fishing.[/author_info] [/author]