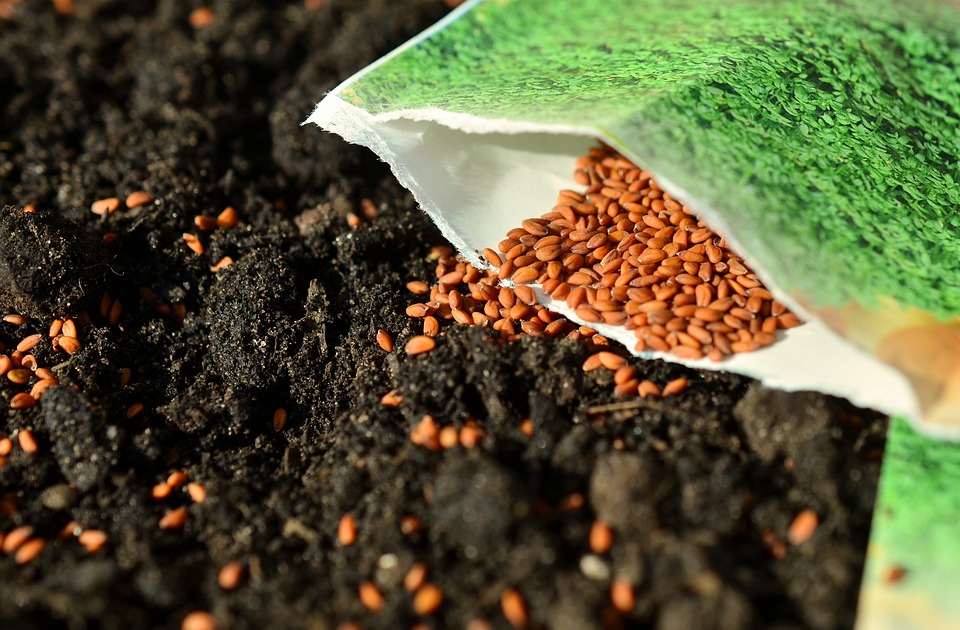 Have you ever wondered why some people respond to the Gospel and go on to live fruitful Christian lives while some don’t? In Jesus’ parable of the sower in Matthew Ch. 13, he explains that it’s a problem with the state of the heart.

Jonathan Edwards, a preacher in the mid 1700’s, may have wondered the same thing when he preached, “A Sinner in the Hands of an Angry God.” Surprisingly, one congregation listened and left without a word to him, but the next week…

As he began the sermon and began to unfold the doctrine of everlasting punishment, he heard shrieks and crying coming from the congregation, causing him to stop his reading.  He had to do that four more times before he finished the sermon.

Edward’s sermon is considered the greatest ever preached on American soil. He preached the same sermon twice, but it had two very different results. The question for us is, “Why?”

The Parable of the Sower holds the answer to this question. In Matthew Ch. 13, Jesus tells a parable about a sower scattering seed in his field. The seed fell on four types of soil. Each soil represents a condition of the heart which produces a unique response to God’s word (the seeds).

The Response Depends on the State of the Heart

Before we begin, let me explain that this parable isn’t about the quality of the seed. It’s not about improving the skill of the sower. It’s also not about finding a more elegant use for the farm.  It’s all about the condition of the soil.  Whether the Word bears fruit in the life of a hearer or not depends on the state of their heart.

First, Jesus talks about the seeds that fall on the wayside paths instead of on the garden soil. A hard heart that can’t grasp biblical truth is much like the hard-packed soil of those paths. Unbelief and a love for sin make this heart a dense, rock-like environment where the truth can’t penetrate.

This heart is never ‘plowed’ by conviction. It is  never cultivated with any kind of self-searching, self-examination, honest assessment of guilt, or authentic repentance. It is hardened against the sweet call of grace…

Next, Jesus describes the seeds planted in shallow soil over a stony rock base hidden below several inches of dirt. As a result, the seeds can’t take root. Hearts like this are joyful at first and quickly sprout. But when the sun comes up, they shrivel and die.

When the time of temptation comes, during disappointments and the hardships that every single one of us face in life, hearts like this give up. This heart says, “I’ve had enough! This is not for me. I thought following Jesus would be easy, but it isn’t.”

When Worry and Worldliness Choke Out the Word

Interestingly, people in Jesus’ day were a lot like us! They, too, often worried more about bills and bank accounts, kids and jobs; vacations and social status than in listening to the Son of God.

These people heard and then ‘went on their way’, giving evidence of pursuing the way of faith. Unlike those with shallow hearts, their soil was deep enough but filled with ‘impurities’.  Like weeds, love of the world and self-love  choked out the fruitfulness of the Word in their hearts.

But the seed in the good soil, these are the ones who have heard the Word in an honest and good heart, and hold it fast, and bear fruit with perseverance. Matthew 13:15

Finally, Jesus talks about the good soil–an honest and faithful heart. Fruit with perseverance is the sign of genuine, saving faith in Christ. This is one of the key lessons of this parable.

Which Kind of Heart Do You Have?

Perhaps you saw your heart in one of the first three soils Jesus described. You know you’re not a Christian or you wonder if you really are. If you truly want the good soil, you can have it.  If you truly believe Jesus is the Lord and Savior, then the Kingdom is big enough for you.

What are you waiting for? Jesus delights to help us plow the soil of our hearts and to ensure the seed takes root. He will see that it grows and bears fruit for His glory.  Jesus, the owner of the field, is the only one who can make a worthless, rocky, weed-infested field like ours bear fruit and he will!

[author] [author_image timthumb=’on’]https://koinoniachurch.info/wp-content/uploads/2016/06/Brenon-headshot.jpg[/author_image] [author_info]Pastor Mark Brenon is the husband of his wife Terri and the father of 4 children. They live and homeschool their children in Magnolia, TX. He has a Bachelor’s degree in Mechanical Engineering and a Master’s degree in Engineering Management. Ordained in 2007, Mark is not only a bi-vocational Pastor, but also sits on the board of directors and board of faculty of John Witherspoon Seminary.  [/author_info] [/author]