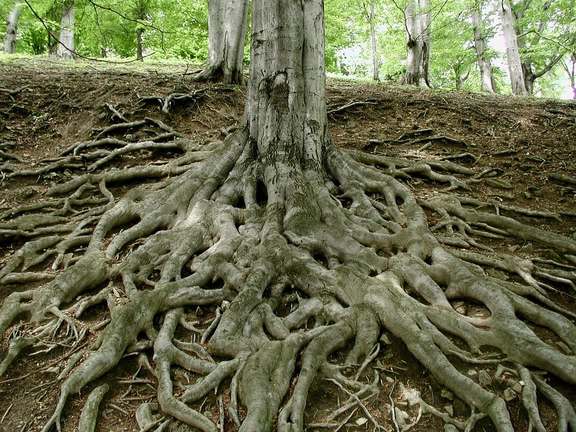 How do we measure our boldness for Christ? How do we know when we are coming on too strong perhaps? There are some answers in the passage today.

When I worked as a nurse in the late 80’s at the Texas Medical Center at St. Luke’s Hospital, I met Dr. Denton Cooley, a man who was one smart cookie!

He was called to give a deposition one time in some lawsuit that was happening. At one point, he was asked, “Dr. Cooley if you were to say who was the greatest surgeon of all time, what would your answer be?

He replied, “I would say that I am the greatest surgeon of all time.”  The lawyer asked, “What would make you say such a thing about yourself?” Dr. Cooley replied to the lawyer, “Because I am under oath!

I absolutely love that story. I definitely worked with some people who had God-complexes down there. And they didn’t mind letting you know either.

The story we are reading and studying today is about boldness — about confidence. But the difference in these two stories is that Peter and John were not ugly or brash in their boldness. It was something granted by the Holy Spirit and, as such, it was in measures which were appropriate.

How do we measure our boldness for Christ?

In chapter 3, you will recall that they were together in the temple courts where Peter preached and a large number of Jews believed. Peter and John were both arrested and warned not to speak any more in the name of Jesus.  Afterwards, they were turned loose by the Sanhedrin and returned to their friends.

When their friends heard the report of what had transpired, they began to pray for Peter and John, as well as themselves. They lifted their voices together, a word which means ‘unity’ in the Greek.  The early church was unified.

This unity was born of a few things I think.

The early church was united in Peril.

They stood by one another. The meeting with the Sanhedrin was really just the beginning of their troubles. They knew how this council had treated Jesus just a few weeks prior. And they knew that they could be next.

Becoming a Christian, in the days of Nero and persecution, was not a neutral thing. Many times, it was more like a death sentence for these folks.

They were also united in Purpose.

Jesus gave this purpose to them with the Great Commission, and the words of Acts 1:8, where he tells them that they would be witnesses in ever widening circles from their homes to the uttermost parts of the earth.  The purpose of the early church was very simple — Go and make disciples, baptize, teach.

If we will be found faithful in this church to the mission statement of Christ, then all of our programming, all of our activities, will be focused on making disciples, teaching those disciples and baptizing them.

In addition, they were united in Prayer.

They knew what they were praying for and why. It was for the furtherance of the gospel, not personal safety or comfort.  The verse says they lifted their voices together up to God.

Our church frequently puts out prayer requests on our email loop, and each of us in turn, pray as we are able from our homes or our jobs. We don’t have to be together physically, but we do need to join our hearts together in prayer for one another.

The very best way for us to be united in our prayers is for each of us to pray for God’s will to be done.  That’s because we know that God works all things for good, and he will do what is right in that situation and every other situation.

The Reason for their Confidence?

They Trusted in God’s Sovereignty

So what do you do when the highest earthly authority commands something that you can’t obey? You go up the chain. You appeal to an even higher authority. Who is higher than the Creator of all or ‘despot’? The impressive part about this prayer is that the early church immediately recognized that what happened with Peter and John before the council, was a fulfillment of Psalm 2. This showed both their understanding of Old Testament scriptures, as well as a very good awareness of the situation that they were in.

The knowledge of this Psalm and its contents would have brought a certain ‘holy boldness’ into the hearts of the early Christians. The Sanhedrin council can plan — and they can scheme — but our God is in the heavens with his Christ and together they are laughing. Psalm 2:4 Verse 28 says,  “to do whatever your hand and your plan had predestined to take place.”

Joseph described God’s sovereignty best when talking to his brothers about the fact that they conspired to kill him.

He said, As for you, you meant evil against me, but God meant it for good, to bring it about that many people should be kept alive, as they are today. Genesis 50:20

They humbly recognized that God was fully in charge of the situation, and they made their appeal to him above the earthly court for his intervention and power.

I believe with all my heart that a church that is pleasing to God will be a church like the early church. A church who recognizes and celebrates — who teaches and rehearses the sovereignty of God.

The Result of Their Prayer

31 And when they had prayed, the place in which they were gathered together was shaken, and they were all filled with the Holy Spirit and continued to speak the word of God with boldness.

I don’t know about you, but my room has never once shaken after one of my prayers. I’m not really sure I would want it to honestly. That would be a fearful thing. God was making sure they knew that he was there and he was for them. And if God is for you, who can be against you? What they didn’t pray for…

They didn’t pray to be comfortable. They didn’t say to God, “Now Lord, you know that we have needs here. And if we go against our government our needs may not be met.” You didn’t hear them take one thought for themselves, or how their lives might turn out.

Nor did they pray to be safe. This was a big one, as we have mentioned, in the years to come. They would soon enough be driven underground and have to meet in secret. But their prayers were not for safety and security for themselves or their families.

Also, they didn’t pray to be accepted as normal or cool or trendy. Acceptance is just a normal desire for us as humans. We want to feel as if our lifestyle, our activities are normal and accepted. But they didn’t pray for acceptance. What Did They Pray For?

How to Be Bold and Loving – Relationship is Key

I’ve been asked recently, ‘How do we speak the truth in love and still maintain the relationships with those whose lives may not look just like ours?”

We are called to be salt and light in this world. But are we called to pour salt into wounds?  Are we called to shine the light on the darkened deeds of our neighbors or our family members?

I believe in all of this that relationship is key.

If I may just humbly offer an answer this morning, I think our interactions with people outside these walls should be seasoned with grace. We should love more than we try and correct.

And folks, the early church prayed for wisdom and guidance. We should pray for that too.

Speaking the Truth in Love

If you are ever saying anything to anyone with anything other than a heart of love, then you are likely doing it wrong. We may not do everything perfectly for sure, but we can always keep in mind the words of Peter in his letters to the church:

Above all, keep loving one another earnestly, since love covers a multitude of sins. 1 Peter 4:8

Are you bold today, but you have no heart of love? Do you love people well, but you won’t tell them the truth when they ask, because you are too timid? It does us no good to have room shaking boldness, unless first we have heart-reaching love.